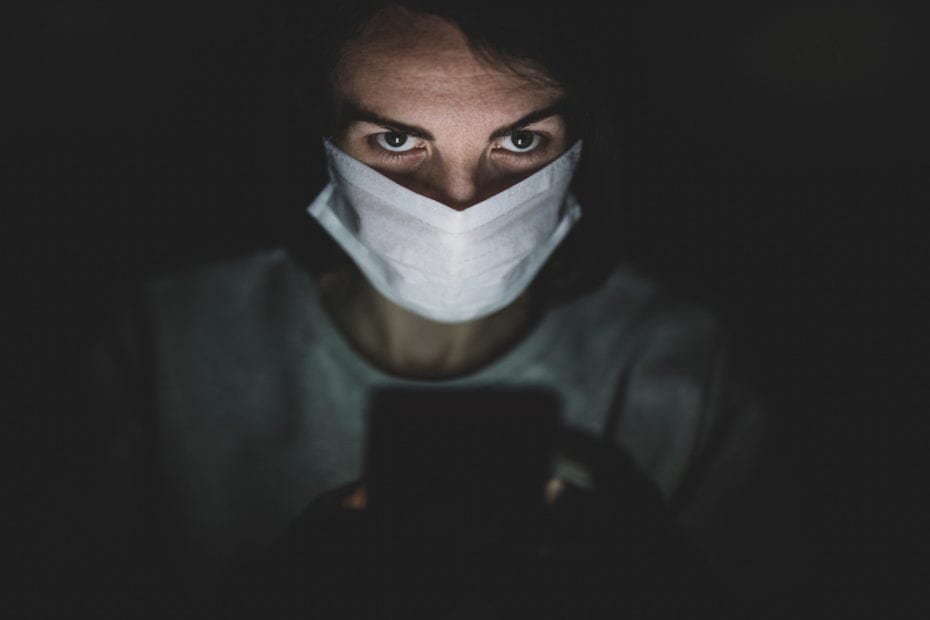 Let me start by saying that no one can “outrun” the COVID-19 pandemic physically. The world of 2020 is too tightly integrated. Our desire to access almost all modern conveniences—including toilet paper—guarantees that there is transmission risk. The way we together can “outrun” it is by transmitting accurate scientific knowledge around the globe more efficiently than ever before, and to use our collective technological skills to find its weaknesses.

When the Black Death pandemic first swept Europe (AD 1347–1351), it was transmitted by traders through Sicily on twelve ships from the Black Sea. Europe was just beginning to create trade routes, an infrastructure to bring goods from far away, at last ending the isolation and economic poverty existent since roughly the end of the Roman Empire in the West. Unfortunately, those trade routes allowed the bubonic plague to spread quickly. A recent study concluded that “Major trade routes decided the major plague outbreak hotspots, while navigable rivers determined the geographic pattern of sporadic plague cases.”

For the Black Death pandemic of the 14th century, the transmission speed of useful knowledge was ridiculously overmatched by the speed of the virus. Doubly unfortunate, there was little useful knowledge. Modern science had not been invented, and medicine was primitive. The best approach was social distancing, by hiding out in the countryside. But there was no hope to develop any real weapons against it. The quackery that followed with the virus included advice to rub onions; drink vinegar; sit close to a fire or in a sewer; to try bloodletting or opening a vein to drain out the supposed poisons (and inviting sepsis no doubt). The score: bubonic plague 26, human knowledge 0. (By one estimate, the plague may have reduced the world population from an estimated 475 million to 350–375 million in the 14th century, or by 26%, and by 30-60% in Europe.)

Other pandemics followed. Of interest in this story is the 1918 pandemic, caused by an H1N1 virus. It likely was first spread among troops on both sides during World War I. By 1918 the world was connected with high-speed communication networks, so information about the virus could travel very fast. Unfortunately, after horrendous losses, both sides in the war wished to hide the effects on their armies to gain a better negotiated position at war’s end. Spain, an uninvolved neutral country, didn’t have press censorship, so was alone to freely report the spread of the virus. A result was that it became known as the “Spanish flu,” though the origin was elsewhere. Doubly unfortunate, though the world had the technology for rapid communication, real knowledge about the virus was not transmitted fast enough to mitigate the worst effects. The circumstances meant that again, the speed of the virus outmatched the speed of human knowledge to fight it. The score: H1N1 virus 5, human knowledge, maybe 4. (One high estimate put the death toll at 5% of the global population.)

Pandemics of the Present

Where is humankind today? Any pandemic viruses can and will be transmitted quickly given human interconnectedness. While some may wish for a simpler time, we cannot go backward and simultaneously expect to have any life that is recognizable. The only path is forward. That means we as a species must accept the fact that disease can travel far and quickly. But we must focus on the other side of the equation: we must increase the speed of the battle against pandemics, using our weapon of science.

For the first time in human history, we have the tools. Biotechnologies have progressed light years in the last generation. Techniques such as PCR and CRISPR-cas9 offer incredible increases in speed of development for new treatments. We can do this so much faster if the world’s bio scientists freely share the secrets gleaned from studying such viruses. The good news is that that free exchange of scientific information is happening today in the battle against COVID-19. Last, we must be vigilant against the next virus, preparing better while we win this one. That means investing in the science that will save us.

Lessons for the Future

What lessons does this review of pandemic history suggest to the average person? The duty for us is to listen carefully to the science, and to discern real science from quackery. Let’s not pass around spurious claims and unverified ideas masquerading as science, such as the ridiculous conspiracy theories about Bill Gates and the coronavirus. Passing around such lies, as easy as pushing a “Like” button, sew confusion and muddle the conversation, leaving too many anxious and unable to make wise decisions. We need not stand frozen like a deer in the headlights—not moving fast enough to outrun anything—but we must use rigorous science to guide the fight, and then move.