Building a Utopian (or Dystopian) Future 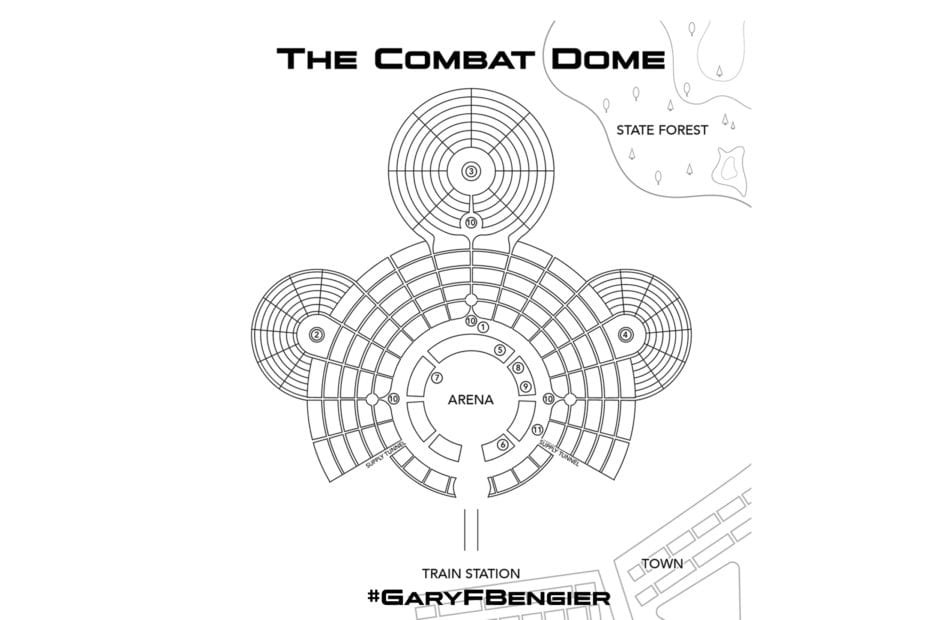 “So that’s the Combat Dome? It’s bigger than I expected. I didn’t realize there were all these surrounding domes attached to it.”

“It’s called that by the mainstream net media, but not by those of us who live here. We call it the Community Dome, or just the Dome.”

That excerpt from my novel, Unfettered Journey, leads into this topic—what sort of future can we create, and where on the spectrum might it fall between a utopia and a dystopia?

Last week, I outlined an economic prognostication for the coming century. Given the technology already available and projecting forward its likely—I would argue inevitable—development, in over a century the economy can produce goods to make us at least 10X wealthier than today. That is a conservative forecast, because when robots can build robots in fully automated factories, then productivity no longer will be tied to the backs of workers. Humankind can for the first time be freed from the need to labor for our bread and shelter.

With this wealth, what sort of society will we have? Can it be some utopia? Let me ruminate on utopias through history, as a backdrop to explore this question.

A Short History of Utopias

According to the British Library, in 1516 Sir Thomas More coined the word “utopia” from the Greek ou-topos meaning “no place” or “nowhere.” But this was a pun—the almost identical Greek word eu-topos means a good place.

Utopias describe imagined more perfect societies, and usually focus on the organization of government, economics, justice, and on the relationship among the people in these communities. Many utopias have been suggested, beginning with Plato’s Republic. Or even earlier, the Garden of Eden.

The 16th century utopias (and Thomas More) focused on the organization of society, including systems of punishment, social hierarchy, agriculture and education, and customs for marriage, dress, and death. By the 18th century, utopias were exploring social and political action as revolutions convulsed many parts of the world, including the American and French revolutions. Rousseau wrote The Social Contract, and Jefferson penned the Declaration of Independence. Both reason and revolution drove utopian ideas.

The 19th century saw various groups attempting to build earthly utopias. As Europeans settled the North American continent (driving out the native peoples, we should note), many came to escape persecution and the rigid societies of Europe. Utopian communities sprung up in Massachusetts, New York, then Pennsylvania, Ohio, and throughout the Midwest. Many tried to recreate a paradise lost, a new Eden. Frequently they were linked to the Protestant Reformation and espoused religious ideas to organize society. Some notable examples include Brook Farm and Fruitlands (both in Massachusetts) following ideas from the Transcendentalist movement. New Harmony (in Indiana) focused on science and reason. Oneida (New York) followed “complex marriage,” with their ideas of “free love” emulated by the hippie communes a century later. Some groups became full religious movements, and include the Shakers of Pennsylvania, and the Rappites who waited for the Revelation. The 1840s were the high point for attempts to build utopias in the US. Founding beliefs included the idea that human beings are naturally good, and that human institutions are perfectible. Now 1½ centuries on, we look back to find none of these experiments to have succeeded.

On another end of the experimental spectrum, the town of Pullman (south of Chicago) was an 1880s capitalist utopia. It brings to mind the hideout in Colorado imagined by Ayn Rand in Atlas Shrugged (utopia or dystopia?).

Science fiction and speculative fiction is full of utopias, and even more dystopias. H. G. Wells imagined a parallel earth based on rationality and science, and his The Time Machine is a dystopian model. Some scifi writers who created their special future worlds include Robert Heinlein, Isaac Asimov, Harlan Ellison, Ted Chiang, William Tenn, and James Blish. There is a magazine (Utopia Science Fiction) devoted to the topic.

Rutger Bregman wrote (2106) Utopia for Realists, arguing for a basic income. This book highlights the economic questions that face us now, as jobs continue to disappear with automation while ever more goods can be churned out.

Let me note that technology drives automation, and that continues inexorably forward, driven by market forces. That’s the way the global economy is organized. Market capitalism has increased productivity and lowered the price of most goods, a boon for consumers. It has placed humankind on the threshold of plenty. The next wave (a continuation of what has happened at least for two decades) is an exponential acceleration of automation. But human labor need not be part of the equation for most physical goods production. It will be a radical reorganization of society. That will unfold over this next century. What comes next?

Let me argue that if we do not have this conversation about what happens next, then the result will most likely be dystopia.

Profits and the need to stay competitive will drive automation. Profits will accrue to the owners of productive enterprises. Jobs will continue to disappear. Those without jobs will struggle to find alternative means to stay afloat economically. Some might successfully retrain themselves, gaining new skills to remain part of the economic engine. Some will use their time in new creative pursuits, which (hopefully) will be in greater demand as we all have more free time. More likely without fundamental changes to economic organization, there will be less money generally available, and there will not be the demand for these creative outputs, not sufficient to support living. (Artists may continue to be starving.)

To allow the system to change haphazardly is not a formula for social stability. We cannot do nothing. Yet we cannot (yet) abandon market capitalism. If market capitalism is abandoned now (before there is sufficient wealth in the system), we could easily face a situation such as now found in Venezuela, where the structure falls apart, productivity collapses, and society is thrown back to a primitive state. Finally, we cannot allow inequality to remain—let alone, to grow worse. Enormous economic inequality leads to revolution, and is, for example, one underlying cause of the French Revolution, among others.

The alternative is to imagine the future that we wish to create. One approach is to manage market capitalism to a new form, where equality is dramatically improved, even if not perfected. Then to imagine the signposts to tell us when we reach each crossroad, and to let those metrics activate societal actions. It suggests a far more extensive social safety net for everyone, beginning today.

Utopia or Dystopia? How will it play out?

Here is more to the scene from Unfettered Journey, standing on the edge of that deferred future.

Flames of light patterns descended one body, then another, cueing the eruption of a raucous chant. The clothing must incorporate an LED layer. The sound hit him like a wave. “Lose the Levels!” The crowd chanted together, growing louder and waving fists. Moving letters wrote the message across their bodies as the chorus crested in volume. The letters pulsed and flowed in primary colors, leaping like fire.

“End the Acts!” The new demand rippled in synchronized red, white, and blue. “Out with the oligarchs. In with equality!” Voice changers disguised the real voices behind their strident incantations. A drone floated motionless near the plaza, most certainly sending the stream to netchat. 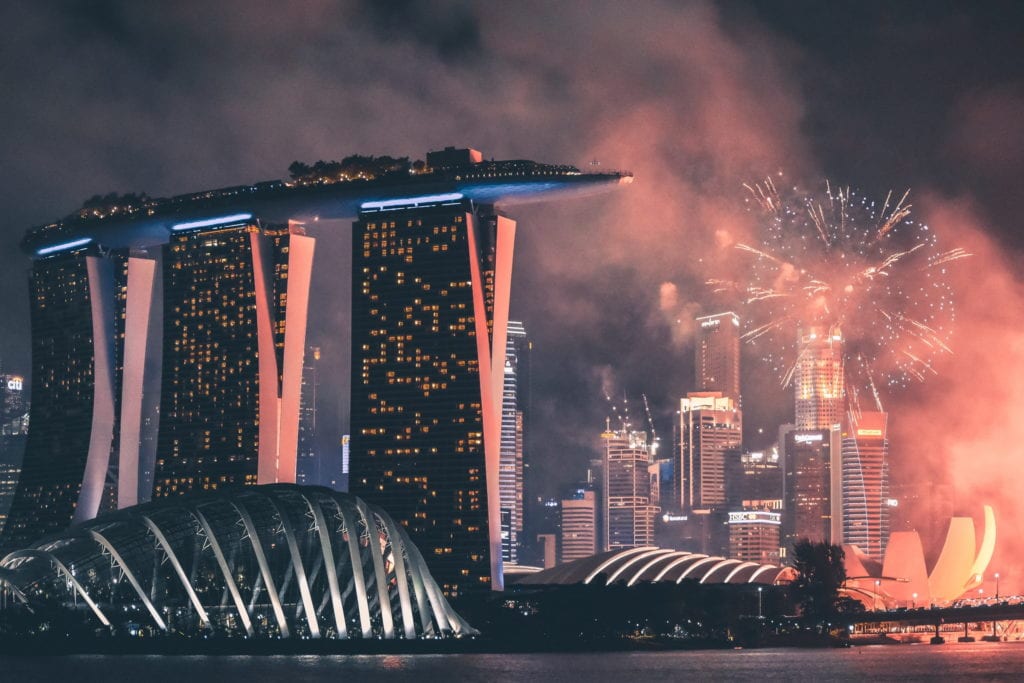